The book of the unnamed midwife - Meg Elison 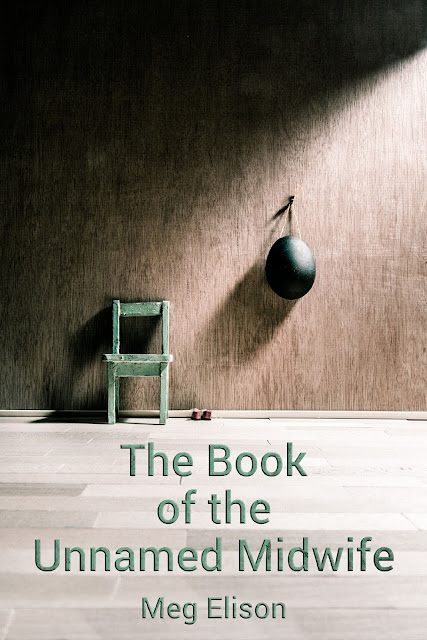 This bridge will not be gray - Dave Eggers Between the world and me - Ta-Nehisi Coates

Summary: "For Ta-Nehisi Coates, history has always been personal. At every stage of his life, he's sought in his explorations of history answers to the mysteries that surrounded him -- most urgently, why he, and other black people he knew, seemed to live in fear.What were they afraid of? In Tremble for My Country, Coates takes readers along on his journey through America's history of race and its contemporary resonances through a series of awakenings -- moments when he discovered some new truth about our long, tangled history of race, whether through his myth-busting professors at Howard University, a trip to a Civil War battlefield with a rogue historian, a journey to Chicago's South Side to visit aging survivors of 20th century America's 'long war on black people,' or a visit with the mother of a beloved friend who was shot down by the police. In his trademark style -- a mix of lyrical personal narrative, reimagined history, essayistic argument, and reportage -- Coates provides readers a thrillingly illuminating new framework for understanding race: its history, our contemporary dilemma, and where we go from here"-- Provided by publisher.

*Starred Review* In this brief book, which takes the form of a letter to the author's teenage son, Coates, the justly acclaimed author of the family memoir The Beautiful Struggle (2008), comes to grips with what it means to be black in America today. On the basis of his previous writing, Coates is the ideal candidate to even attempt such an ambitious undertaking. He has become an extraordinary essayist; that he succeeds here will rank him securely among his forerunners. The title is from a quotation by Richard Wright; the chief literary influence is James Baldwin; Coates' personal inspiration is Malcolm X; the crucible of the piece is Howard University; and behind it are the writings and attitudes handed down by Coates' father, publisher Paul Coates. Like Baldwin, Coates is both furious and judicious. When he took his son to visit Civil War battlefields, he felt as though he was "a nosy accountant conducting an audit and someone was trying to hide the books." In the days after 9/11, Coates could not help seeing the celebrated police as no different from those who had recently killed a Howard classmate. And he desperately wants his son to know (as his father taught him) that American history too often equates with robbery, and its complacent boosters are hypocritical at best. There is awesome beauty in the power of his prose and vital truth on every page. Copyright 2014 Booklist Reviews.

Summary: Richard Papen, a relatively impoverished student at a New England college, falls in with an exclusive clique of rich, worldly Greek scholars and soon learns the dreadful secret that keeps them together. Reprint - (Baker & Taylor)

Publishers Weekly Reviews
Tartt's much bruited first novel is a huge (592 pages) rambling story that is sometimes ponderous, sometimes highly entertaining. Part psychological thriller, part chronicle of debauched, wasted youth, it suffers from a basically improbable plot, a fault Tartt often redeems through the bravado of her execution. Narrator Richard Papen comes from a lower-class family and a loveless California home to the ``hermetic, overheated atmosphere'' of Vermont's Hampden College. Almost too easily, he is accepted into a clique of five socially sophisticated students who study Classics with an idiosyncratic, morally fraudulent professor. Despite their demanding curriculum (they quote Greek classics to each other at every opportunity) the friends spend most of their time drinking and taking pills. Finally they reveal to Richard that they accidentally killed a man during a bacchanalian frenzy; when one of their number seems ready to spill the secret, the group--now including Richard--must kill him, too. The best parts of the book occur after the second murder, when Tartt describes the effect of the death on a small community, the behavior of the victim's family and the conspirators' emotional disintegration. Here her gifts for social satire and character analysis are shown to good advantage and her writing is powerful and evocative. On the other hand, the plot's many inconsistencies, the self-indulgent, high-flown references to classic literature and the reliance on melodrama make one wish this had been a tauter, more focused novel. In the final analysis, however, readers may enjoy the pull of a mysterious, richly detailed story told by a talented writer. 75,000 first printing; BOMC and QPB selections. (Sept.) Copyright 1992 Cahners Business Information.

Summary: A chance encounter with a handsome banker in a jazz bar on New Year's Eve 1938 catapults Wall Street secretary Katey Kontent into the upper echelons of New York society, where she befriends a shy multi-millionaire, an Upper East Side ne'er-do-well, and a single-minded widow.

Booklist Reviews
This rhapsodic tribute to a bygone era conjures up mesmerizing images of 1930s New York. Two worlds collide on New Year's Eve 1937, and three lives will never be the same. For Katey Kontent and Eve Ross, two working gals out on the town, a chance encounter with patrician banker Tinker Grey sets into motion a series of events causing far-reaching consequences. As Towles explores the seemingly random ways in which both choice and chance can impact the future, Katey, Eve, and Tinker each face a dark night of the soul, during which fates are twisted, reshaped, and realigned. Discerning readers will draw parallels between Towles and the ominously ironic Edith Wharton while relishing the fact that the snappy dialogue and descriptive prose are wrapped in a compelling narrative.

Summary: The life of a spinster in Victorian London isn't an easy one on the best of days, but such a life becomes infinitely more complicated when said spinster is "soulless" - a preternatural bridging the gap between the natural and supernatural worlds. Miss Alexia Tarabotti has this unique distinction, and when she is assailed at a formal gathering by a rove vampire, an encounter that results in the death of the half-starved creature, her circumstances become exponentially more complicated indeed! Now caught up in an intrigue with life or death stakes, Alexia must rely on all her talents to outmatch the forces conspiring against her, but it may be the man who has caught her eye - Lord Conall Maccon - and their budding flirtation that truly drives her to her wit's end!

Publishers Weekly Review
*Starred Review* Carriger debuts brilliantly with a blend of Victorian romance, screwball comedy of manners and alternate history. Prickly, stubborn 25-year-old bluestocking Alexia Tarabotti is patently unmarriageable, and not just because she's large-nosed and swarthy. She's also soulless, an oddity and a secret even in a 19th-century London that mostly accepts and integrates werewolf packs, vampire hives and ghosts. The only man who notices her is brash Lord Conall Maccon, a Scottish Alpha werewolf and government official, and (of course) they dislike each other intensely. After Alexia kills a vampire with her parasol at a party—how vulgar!—she and Conall must work together to solve a supernatural mystery that grows quite steampunkishly gruesome. Well-drawn secondary characters round out the story, most notably Lord Akeldama, Alexia's outrageous, italic-wielding gay best vampire friend. This intoxicatingly witty parody will appeal to a wide cross-section of romance, fantasy and steampunk fans.

The elegance of the hedgehog - Muriel Barbery

The elegance of the hedgehog - Barbery, Muriel

Summary: In an elegant apartment building inhabited by bourgeois families, Reně, the concierge, and Paloma, a twelve-year-old genius, hide both their true talents and their finest qualities from a world they suspect cannot or will not appreciate them. They discover their kindred souls when a wealthy Japanese man named Kakuro Ozu arrives in the building. Only he is able to gain Paloma's trust and to see through Reně's timeworn disguise to the secret that haunts her.

Kirkus Reviews
The second novel (but first to be published in the United States) from France-based author Barbery teaches philosophical lessons by shrewdly exposing rich secret lives hidden beneath conventional exteriors.Renée Michel has been the concierge at an apartment building in Paris for 27 years. Uneducated, widowed, ugly, short and plump, she looks like any other French apartment-house janitor, but Mme Michel is by no means what she seems. A "proletarian autodidact," she has broad cultural appetites—for the writings of Marx and Kant, the novels of Tolstoy, the films of Ozu and Wenders. She ponders philosophical questions and holds scathing opinions about some of the wealthy tenants of the apartments she maintains, but she is careful to keep her intelligence concealed, having learned from her sister's experience the dangers of using her mind in defiance of her class. Similarly, 12-year-old Paloma Josse, daughter of one of the well-connected tenant families, shields her erudition, philosophical inclinations, criticism—and also her dreams of suicide. But when a new Japanese tenant, Kakuro Ozu, moves in, everything changes for both females. He detects their intelligence and invites them into his cultured life. Curious and deeply fulfilling friendships blossom among the three, offering Paloma and Renée freedom from the mental prisons confining them.With its refined taste and political perspective, this is an elegant, light-spirited and very European adult fable. Copyright Kirkus 2008 Kirkus/BPI Communications. All rights reserved.

Summary: Trying to make sense of the horrors of World War II, Death relates the story of Liesel--a young German girl whose book-stealing and story-telling talents help sustain her family and the Jewish man they are hiding, as well as their neighbors.

Kirkus Reviews
When Death tells a story, you pay attention. Liesel Meminger is a young girl growing up outside of Munich in Nazi Germany, and Death tells her story as "an attempt—a flying jump of an attempt—to prove to me that you, and your human existence, are worth it." When her foster father helps her learn to read and she discovers the power of words, Liesel begins stealing books from Nazi book burnings and the mayor's wife's library. As she becomes a better reader, she becomes a writer, writing a book about her life in such a miserable time. Liesel's experiences move Death to say, "I am haunted by humans." How could the human race be "so ugly and so glorious" at the same time? This big, expansive novel is a leisurely working out of fate, of seemingly chance encounters and events that ultimately touch, like dominoes as they collide. The writing is elegant, philosophical and moving. Even at its length, it's a work to read slowly and savor. Beautiful and important. (Fiction. 12+) Copyright Kirkus 2006 Kirkus/BPI Communications. All rights reserved. 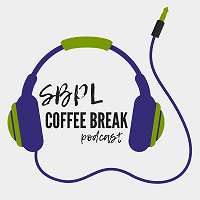